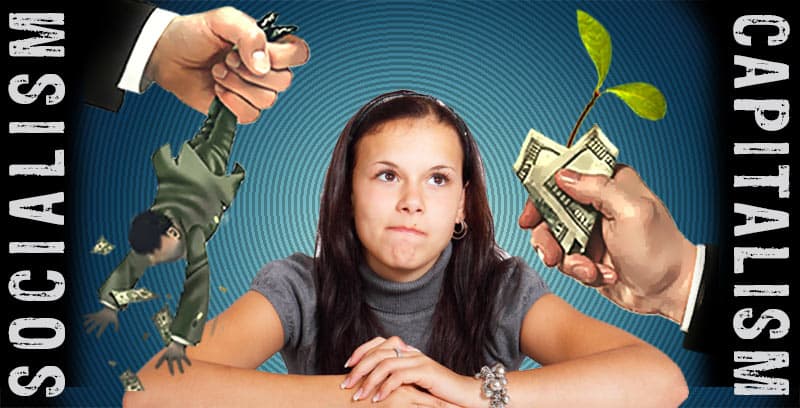 When you drive your car, do you drive in the middle of the road? This seems a silly question to ask because you don’t, of course, if you want to stay alive and get somewhere.

But a lot of people have been sold on the idea that the middle of the road is the safest place in politics on all sorts of controversial questions. They have been led to believe that in the middle position you are out of harm’s way and you are more likely to be right than those who are on either side of a question. A little thought will show that this idea is born not of wisdom but of confusion or fear or both.

Machiavelli warned that neutrality is more dangerous than taking sides; for if you fail to take a side, both sides will despise you. Playing both ends against the middle is also dangerous, since you prove to be a false friend to all. And being everyone’s friend will not work if each side represents diametrically opposing principles. The right camp is never found in splitting the difference between two opposing camps. Conservative philosopher Richard M. Weaver pointed out in 1956, “middle-of-the-roadism is not a political philosophy at all. It is rather the absence of a philosophy or an attempt to evade having a philosophy.”

If your principles are good, would you be willing to compromise them for expediency’s sake? Weaver asked his readers, “Try imagining the figure that Washington would cut in history today if he had decided on a compromise settlement with the British.” Weaver saw the emerging Republican establishment of the post-McCarthy period, under President Dwight Eisenhower, as representing the opposite of Washington’s example: “The prophets of the New Republicanism … insist that the Republican Party keep moving to the left behind (but not too far behind) the Democratic Party.”

Has anything changed in the last 64 years?

Where did the Republican Party under Eisenhower and Nixon think it was going? Where does the Republican Party, before and after Trump, think it is going? Weaver noted: “They do not bother to ask whether the leftward drift is not toward something essentially bad….” Weaver called this “a curious piece of political servility and blindness.” He characterized the emerging Republican establishment of the post-McCarthy period as “a typical product of the ‘operational thinker,’ who does not really ‘think.’ Instead, he ‘senses,’” like “an insect with its antennae,” detecting “the drift of things.” The question, noted Weaver, is whether the operational thinker “can ever be anything more than an insect….”

Thomas Carlyle, who spent his literary career describing heroes and great men, said that a great man is someone who sees the truth others are afraid to see. A hero takes a stand when others will not. Carlyle suggested the mediocre man – the “insect” – cannot see truth or stand by it. Instead of taking a stand, the mediocre man attempts a compromise. He falsifies reality. He temporizes. He forges an imaginary middle path between irreconcilable opposites. He imagines this is a safe bet. Of course, it is not safe. As Weaver explained, “a position half way between right and wrong is not a sound position. It only postpones and makes more difficult the eventual decision.”

“The great causes which have triumphed and the leaders which have led them have never been found in the middle of the road,” noted Weaver, who described the Whig Party of the early-to-mid-nineteenth century and its leader, Henry Clay, as making “the fatal mistake of trying to straddle the fence on major issues that were in conflict.” As a result, Clay did not go to the White House. It was the “hard-hitting” Andrew Jackson who became President. We can see, from this, that history has recently repeated itself. The middle-of-the-road Jeb Bush did not go to the White House, but the hard-hitting Donald J. Trump is sitting in the White House as these words are written.

Another historical example, Weaver noted, is the British Liberal Party. This party neutered itself by taking a middle position between the Conservative Party and the Labor Party. By doing this the Liberal Party destroyed its position in British politics. “All great political parties owe their vitality to the importance of the principles they stand for,” wrote Weaver. The middle-of-the-road, therefore, is not the path of political success because it is not a path of principle. According to Weaver, “A beaten party with a real issue has an excellent chance of coming back. A beaten party without an issue is a dead duck.” He added, “Dodging issues and watering down solutions is not merely the way to failure; it is the way to extinction.”

Why should the consequences of dodging issues and watering down solutions be so dire? “There is one group,” wrote Weaver, “not clearly distinguished by a party name, but quite definite about what it wants and expects to bring about in this nation.” This is a group that works “on various fronts and under various labels, but there is no need to be confused about its objectives. It wants an America, new-modeled according to the Soviet Union.” This group operates by two main ideas: (1) atheistic materialism; and (2) a state supremacy that “crushes the individual.” To compromise with this group is, indeed, “the way to extinction.”

“You would think that in this great country of ours,” wrote Weaver, “with its heritage and its achievements, there would be a tremendous outcry and opposition to anything so one-sided [as collectivism] in its interpretation of … man’s nature and so chilling to human instincts.” But many of our leaders, said Weaver, “have adopted the policy of appeasement. Instead of issuing a direct challenge in terms of principle, they have tried to see how many concessions they could make without being accused of surrender.” He added, “They have tried to see how closely they could approach the position of collectivism while still paying lip service to what they are supposed to be defending.”

Weaver argued, there is no viable middle position “between militant collectivism and our tradition of freedom and individualism.” He continued, “Historical examples show that the next step is capitulation, or liquidation of the party which is so cowardly.” If the collectivists win, wrote Weaver, “it will certainly be recorded by history that no people ever gave up so much for so little.”

This is how Weaver saw the situation in 1956. And here we are, 64 years later, without free and fair elections, without investigations into treason and subversion, without any redress of many serious grievances, without protection from corruption and fraud, without a legal way to fight back. “There is little doubt that the middle of the road leads in this direction,” wrote Weaver. “The radicals know what they want; too many of the rest of us only temporize and hope.”

What is needed? “The need of the time is for a leadership willing to face facts,” said Weaver. We do not need leaders or political parties predicated on “self-defeat through compromise.” Many of us want to know when things are going to change. Who is willing to act? Who will take on the collectivists and call them to account?

The hour is late. Our fair goal is justice. The problem, wrote Weaver in Ideas Have Consequences, is that modern man “is a moral idiot.” Toward the end of the book Weaver added, “modern man is a parricide” who has “taken up arms against … what former men have regarded with filial veneration.” Think of how love of country is now vilified as white nationalism. Even the existence of America’s border is “racist.” Family and tradition have been traduced as gender bigotry. This “idiocy” rules over us. It corrupts us as it swindles us.