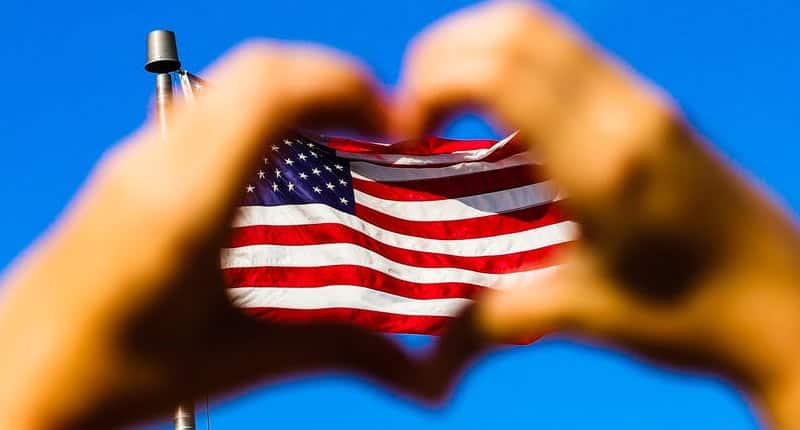 We are not just skeptical, but generally opposed to the idea of trying to split conservative voters away from the Republican Party by forming a third party.

As CHQ Chairman Richard A Viguerie recounted in his book TAKEOVER, Ronald Reagan told a group of conservative leaders back in the 1970s, when he was approached to lead such a movement, that they were “nuts” and that most conservatives were Republicans and unlikely to abandon the GOP.

In 2016 we agreed wholeheartedly with the late President Reagan, and in 2018 we likewise editorialized against third parties as we saw the effects of third party candidates in throwing some winnable elections to Democrats and thereby keeping some good conservatives out of office.

However, after the truth has come out about the role played by various Republican “leaders,” such as former Speaker of the House Paul Ryan, in stymying the MAGA agenda and undercutting President Trump, whether we support it or not, a lot of conservatives have become more open to what those calling for a third party have to say.

And one such group that has started to get some traction on social media is the “Great America Party” that issued a very compelling Thanksgiving Declaration that we think is worth passing on.

Please take a look at the Great America Party Thanksgiving Declaration and use the comments section below to let us know what you think about the idea of forming a new, truly conservative party.

The ‘Great America Party Thanksgiving Declaration for the American People

At a moment of profound distress for millions of Americans and uncertainty about the future of their country, the national holiday of Thanksgiving affords an opportunity for prayerful stocktaking and course-correcting. In response, a fledgling political force – the Great America Party (GAP) – has offered a platform for a return to the principles of the country’s founding in the hope that it will serve as a focal point for families and communities as they express gratitude for this exceptional nation and recommit to its survival in the face of growing threats from enemies, foreign and domestic.

The Great America Party platform was issued today in the form of a Thanksgiving Declaration with the following highlights:

At the founding of our country in 1776, courageous Americans pledged their lives, their fortunes and their sacred honor to secure liberty from a government that was unaccountable and that denied them rights given to all men by their Creator. On this day dedicated to prayerful Thanksgiving, as we come together as families and a nation in prayerful celebration of our great national experiment, current generations of Americans must resolve, like our forefathers, to resist tyranny and preserve freedom by declaring, and pursuing, a New Founding for this country.

The GAP platform specifically repudiates what amounts to today’s anti-American repression, including: the effort to steal the election; the failure of the Nation’s two dominant parties to represent and safeguard the freedoms of the vast majority of Americans; restrictions on, among other constitutionally guaranteed liberties, our freedom of speech; the indoctrination of our children; and other abuses by elites. It pledges:

In response to such outrages, Americans who cherish this country’s founding principles – and who are determined both to continue to enjoy their benefits and preserve them for future generations – commit ourselves to renew the Founders’ efforts to achieve a more perfect Union, one that is: rooted in justice; ensures domestic tranquility; provides for the common defense, promotes the general welfare; and secures the blessings of liberty to ourselves and our posterity.

The Great America Party’s principles include:

The United States is truly an exceptional nation, conceived in liberty, under God and dedicated to the proposition that all men are created equal. We have a duty to our children and their children to protect and defend her, and pass on a free, secure nation for them to do the same. For our posterity to perform, in turn, their duty, they must be taught to revere the country all of us are privileged to call our own.

The United States is distinguished by its accountable, representative form of republican government established and governed by its Constitution. That document is, and must remain, the supreme law of the land. Its checks-and-balances crafted by the Founders to prevent governmental abuses and tyranny must be safeguarded and strengthened, not weakened and dismantled.

The United States is a nation governed by the rule of law, adopted with the consent of the people by their elected representatives and applied equally to everyone. It is the duty of government at every level to prevent unlawful threats to public safety, property and the Constitution, itself.

The United States is a beacon of freedom and inspiration for others the world over. America’s strength must be maintained so as to ensure that its enemies, foreign and domestic, can neither extinguish liberty here at home nor preclude its pursuit by our friends who seek it abroad.

To advance these foundational principles, the Great America Party:

To paraphrase the founder of one of the United States’ most important political parties, Abraham Lincoln, the Great America Party looks forward to contributing to unifying and giving voice to the aspirations of Great Americans of every race, creed and background across this country for a new birth of freedom under a government truly of, by and for the people, so that this constitutional Republic, under God, shall not perish from the earth.